After A Mini Resurgence, Will 2019 Be The Year Of Eugenie Bouchard?

Five years ago, Eugenie Bouchard was tennis’s next big thing. Having won the Wimbledon junior title in 2012, she had a glorious breakthrough to the senior tour in 2013, following that up in 2014 with her first Grand Slam final, facing Petra Kvitova in SW19, and soaring to a career-high ranking of World No.5.

Happy to smile for the cameras and pairing that with success on the court, the Canadian was dubbed the “new Maria Sharapova”.

But there are signs now that a resurgence could be on its way for the 24-year-old. She had to go through qualifying at both Wimbledon and the US Open in 2018 – but she progressed, reaching the second round of each. And she rounded off the year with a semi-final spot at the Luxembourg Open, losing narrowly to eventual champion Julia Goerges, 7-6 (3), 5-7, 1-6, but picking up enough points to move back into the higher rankings echelons.

One of the problems she’s battled with has been establishing her support team. She’s struggled with finding a long-term coach, making a variety of appointments in the last half-decade, including Sam Sumyk, Nathalie Tauziat, Thomas Hogstedt, and Nick Saviano. This year, she spent the grass court season working with the veteran Robert Lansdorp, who revealed he never spoke to her about her previous achievements.

“I never go there [to the 2014 final]. I never even talk about that final with Genie, never bring that up in conversation, because I don’t care. I don’t look back – and I also don’t say to her, ‘What happened?’ I would rather take her the way she is, improve what she has, and make that better,” he said earlier in 2018.

But the 80-year-old wasn’t prepared to travel with Bouchard on the tour, meaning she still had no full-time coach. It was Johanna Konta’s former coach Michael Joyce with her in Luxembourg – and it’s still possible that he may take a more permanent role in her camp in the future.

Bouchard has always been one to beam for a selfie or the press – but now those smiles are looking genuine again. She’s even been enjoying doubles, pairing up with plenty of pals on the tour, including former US Open champion Sloane Stephens as well as 2016 WTA Finals winner Dominika Cibulkova. It seems to have given her a taste for having fun on the court – as well as winning.

“It’s a lot better than a normal practice,” Bouchard said of doubles earlier in 2018. “I believe doubles are very good for that. They help you improve your volleys and returns. It can also help your singles game.

“Winning a match, any match, is an important victory. Each victory gives you more confidence.

“It doesn’t take away the pressure, but it’s good preparation.”

Her endeavour has also drawn praise from some of the biggest names in the game – including American legend Chrissie Evert.

“The thing I like about Genie Bouchard is very much like Andre Agassi did…starting to play the lower-tiered tournaments, to really win some matches, and to gain that confidence and to gain match practice and really to get her game back, and I like that, I like that she’s doing that,” Evert told reporters prior to the US Open.

“I think it’s going to humble her, and it shows me that she’s hungry to get back to close to where she was.”

2019 looks set to be the year when she achieves that. Will it be the year in which she reaches her second Grand Slam final – or even lifts a trophy there? Possibly not – but there’s no rush.

Remember that World No.1 Simona Halep and World No.3 Caroline Wozniacki have only just won their first Grand Slams, so Bouchard has plenty of time. The key is consistency – and next year that will be her primary aim. 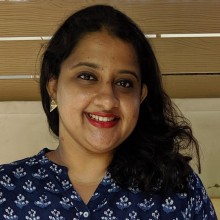