All The Favourites Remain As The Asian Cup Starts Hotting up

The Asian Cup is yet to disappoint. The football has not been stellar, but no one expected it to be. Minnows have thrived and been despatched in equal measure.

Vietnam, carried by the youngest squad in the tournament by some margin, have been the shining storyline. They were the last team to qualify for the round of sixteen, picking up the three points needed to qualify with a 2-0 win over Yemen in their final group game. Astonishingly, they qualified as the fourth best third-placed team, finishing ahead of Lebanon solely on their fair play record of one less yellow card. A dramatic round of 16 tie against Jordan, in which they ultimately prevailed on penalties, has set up a tantalising quarter-final against Japan.

Two of the three ‘Stans featured at the tournament also impressed, with both Kyrgyzstan and Uzbekistan qualifying for the round of sixteen. They were subsequently knocked out, by the UAE and Australia respectively, but not after the Kyrgyz took the Emiratis to extra-time and the Uzbeks pushed the Socceroos to a shootout. Their neighbour Turkmenistan could not replicate their neighbours. After an impressive performance in losing 3-2 to Japan in their first game, they were then crushed 4-0 by Uzbekistan and 3-1 by Oman.

The most geopolitically interesting group was Group E, where Qatar got the better of their rivals Saudi Arabia. Their striker Alimoez Ali scored a brace in that game and notched a total of seven group stage goals. He needs just one more to equal the record for most goals ever in an Asian Cup. In a repeat of the Human Rights Derby from 2015 that I mentioned in the tournament preview, the Saudis once again crushed North Korea; this time 4-0.

The football really started in the round of sixteen though, where we were treated to a number of dramatic matches in which some of the lower ranked teams produced inspiring performances. As mentioned, Kyrgyzstan, Vietnam and Uzbekistan punched above their weight, although only the Vietnamese were triumphant. The Bahraini team comprised predominantly of semi-professional players pushed South Korea into extra time but were ultimately defeated 2-1. They miraculously reached the round of sixteen after a last-minute goal against India confirmed their progression.

In the other matches, Japan edged Saudi Arabia 1-0 despite having just a quarter of total possession while facing a constant barrage of attacks in the second half, Iran cruised to a 2-0 victory over Oman, avoiding a scare when their goalkeeper Alireza Beiranvand saved a 2nd-minute penalty, Qatar snuck past Iraq with a 1-0 victory in a tightly contested game, and China came from behind late in their clash with Thailand to prevail 2-1.

These results set up some tasty looking quarter-finals. The UAE will host Australia in Al-Ain in a clash between two teams struggling to hit top gear; the Australians offensively and the Emiratis defensively. The Socceroos will also be entering that game without the hugely important Tom Rogic, who is an almost irreplaceable creative outlet.

The fairy-tale story that is Vietnam faces its biggest test so far, as they face a Japan team that although firm favourites, could be vulnerable in this game against the free-flowing Vietnamese attack commanded by the exquisitely talented Quang Hai.

Iran should have China covered in their match in Abu Dhabi. Iran are still yet to concede a goal after four matches, while Sardar Azmoun could have had about ten goals in this tournament with the number of excellent chances he has had. Instead, he only has three. However, he is a wonderful player that one would expect to improve as the tournament continues; the Chinese defence will have their hands full.

South Korea’s clash against Qatar presents as the heavyweight clash of the round. Qatar are the form team. They too are yet to concede at this tournament, while themselves being the highest scorers with eleven goals in four games. South Korea are many people’s favourite for the tournament though. As always, they can count on the tournament’s best player in Tottenham’s Heung-min Son to drag them over the line in important matches. 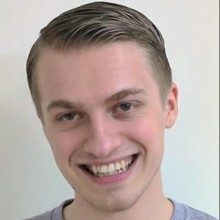 Stephen is a freelance football writer from Australia who writes for Guardian Australia, loves Wuílker Fariñez, and heads up the youth-football focused Scouted Football. You can follow him on twitter @StephenScouted

View all posts by Stephen Ganavas