Australia’s Toughest Opponent In The Cricket World Cup Is Themselves

The five-time champion came into the Cricket World Cup carrying luggage of hopes – a luggage, which over the years has been built by some superlative cricketing skills, hard work and, persistence.

From Allan Border to Michael Clarke, the legacy stands just where the former left. It wouldn’t be wrong to say, that Australians have some kind of an aura in 50-over Cricket World Cup events. To categorize, they are what Chennai Super Kings are to the Indian Premier League (IPL). And they both play in yellow.

To rewind the clock back to the year 2018 when the side lost two prolific players (David Warner and Steve Smith) due to ball tampering incident against South Africa, for the first time, the team looked all over the place. Losing their captain and the vice-captain, and rebuilding a team in their absence turned out to be a difficult task. They failed to dominate in their own conditions, never mind what happened overseas.

Before the series against India in India, Australia had lost almost every bi-lateral series they played, irrespective of their opposition. However, the last two series before 2019 Cricket World Cup gave them an all-important boost as they ended up upstaging India and Pakistan in their home conditions, concluding pre-World Cup preparations on high.

In this stint, Steve Smith and David Warner continued to feature in the tournaments around the globe to stay in the scheme of things for the World Cup. Interestingly, the duo played their heart out in every franchise-based T20 leagues they played, especially IPL, to regain their lost spots in the team.

To regroup, both were asked to join the team ahead of the World Cup to play warm-up games against New Zealand. Fortunately, both did well under the leadership of Aaron Finch.

With all this, the defending champions touched down on English soil days before the start of the World Cup. The team continued to do well in the warm-up games organized by the International Cricket Council (ICC) and took that form into the main tournament.

The men-in-yellow registered a comfortable win against Afghanistan in their opening game and had a nail-biting finish against Windies. However, against the number two ranked side, they were exposed in all departments.

Against India, the Australian batsmen’s insipid run chase of opposition’s mammoth total of 352 in London was anything but a surprise. Their stringent adherence to a regimental approach in a run chase was bound to fall flat every now and then. The flop show came at a very opportune time. The top-order batsmen failed to get the ball onto the bat, and the outing in the first 20 overs can simply be termed as ‘strokeless’.

And despite odds being heavily loaded in favour of batsmen, the dynamics of 50-over cricket is such, that certain chases have become trickier in the modern era. Conventional and orthodox still remains the key to success in a 300-ball game, even when unconventional methods help the side with rousing starts. But if they don’t find the rhythm in the first few overs, things switch from where it all started.

Thus for Australia, the approach with which David Warner and Aaron Finch stepped on the field against India looked to be worrying signs from a closer picture. Going by the rulebook, the opening batsmen are expected to take greater chances in an earlier era. Current rules, where only four fielders are permitted in the outfield between the 11th and 40th overs, have made middle overs the most critical phase in an ODI.

They might have defended well, especially when the two Indian new-ball bowlers were bowling probing lines. But they were so taken in by the task that they failed to accumulate runs at a fairly decent clip.

Later, they had got so deeply into a defensive mode that they not only lost momentum but also struggled to shift gears. Their regimental approach had got them to a sound start but it did not have a built-in code to take their game to the next level. Thus, the Indian pacers and spinners choked them into submission.

This defeat against India will act as a lesson to the side in more ways than one.

Australia’s failure to even get close to the Indian total should serve as a lesson for the team. While preserving wickets in early overs is important, the realisation that there is more to a run chase than just stonewalling would have come as a real eye-opener.

Going by their set standards, they are destined to come back strong and jump at a higher echelon. For now, Australia’s battle is against themselves and not with anyone else. This remains to be seen, whether they can cross the hurdle and produce better results. 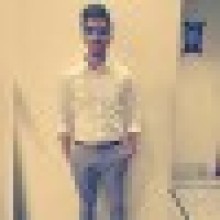 A graduate in Economics Honours. Grew up watching the best years of cricket in the 2000s and developed a habit of reading with time which eventually helped me to express my thoughts through writing. Apart from cricket, I like to spend time with my loved ones

View all posts by Vedant Sharma