England’s ignominious knock-out from the group stages of the 2015 Cricket World Cup was a watershed moment in their ODI history leading to a reinvention of their batting approach which is now globally reckoned force.

England are the best performing ODI side if we look at the numbers from the past four years (58 wins from 87 ODIs – the most for any team) and the foundation of this worldly dominance lies in their ultra-aggressive brand of cricket, especially in the batting department, inculcated by their skipper Eoin Morgan.

While their batting shattered records, Adil Rashid (62 wickets from 39 matches since the Champions Trophy 2017) seemed to be the only silver lining amidst the gloom which surrounded the English bowling attack. Four other bowlers who have played a minimum of 25 games in the period, and no other English bowler has been successful in breaching the 40-wickets mark. Chris Woakes (37 wickets from 25 games) emerges as the highest wicket-taker in the English pace bowlers’ list and second highest overall after Rashid.

Woakes’ bowling average of 28.86 runs per wicket is the best among the English pacers who have represented the national team since the last Champions Trophy while his economy of 5.80 runs per over is the best among the English bowlers selected for the Cricket World Cup campaign. In addition to his incisive bowling abilities, Woakes brings value to the team with his batting abilities too, which is evident from his 252 runs from 25 ODI games which have come at an impressive average of 31.50 runs per inning in the aforementioned period.

In a period where the premier all-rounders like Ben Stokes (batting average 51 while bowling average 55.15) and Moeen Ali (batting average 23.66 and bowling average 47.93) have struggled to find consistency in their ambidextrous arts, Woakes’ performance must have been a reassuring balm for the skipper Eoin Morgan. He has also been amongst the wickets up front with the new ball putting him on the second spot alongside Kagiso Rabada, and only behind Trent Boult, when it comes to striking in the first 10 overs since the last Cricket World Cup ended in 2015.

His cool-headed approach remains a particularly unheralded aspect of his game. An aspect which was at display in full pomp and glory on the Sydney Cricket Ground in the 3rd ODI after a woeful performance by the visitors in the 2017-18 Ashes series. England were reduced to 6 down with just 189 runs on the board and, with almost 12 overs still remaining to be bowled, were staring at the possibility of a meek surrender when Woakes put his hand up for his team. He stitched together an unbeaten 113-run partnership with Jos Buttler to power his team to a match-winning total of 302 runs, with his individual score reading 53-runs off just 36 balls.

Such awareness about the game situation, along with the demands of his team, is probably responsible in him boasting a really good average of 34.31 runs per inning since the last Cricket World Cup, especially when viewed from the spectrum of his lower-order batting position. While we are reflecting at Woakes’ batting credentials, it is interesting to note that he has clocked a batting average of 40+ in each of the last three years. Such a performance is really praiseworthy because it is coming from an all-rounder whose highest batting position has been the no.7 spot.

Now if we talk about his recent form, his name stands out brightly from the recently concluded 5-match ODI series against Pakistan. In a series where the 300-run mark was breached 7 times out of the total 8 innings, Woakes returned as the highest wicket-taker with a tally of 10 wickets at just 21.20 apiece. Moreover, his economy of 6.24 rpo was the best among the bowlers who had bowled in at least 3 games in the series.

Clearly, Woakes seems to be in a fine rhythm before the mega-event. England start their campaign as the overwhelming favourites to lift the trophy and it is the players like Woakes who are responsible for such high expectations from the hosts. There are chances that Woakes may not start with the new ball for his team at the World Cup, despite the numbers supporting his cause, because of the express-pace duo of Mark Wood and Jofra Archer yet, going by his form, one can safely say that he will be raring to perform in any role that is bestowed upon him in the best interest of the team.

As the second Cricket World Cup experience beckons upon Woakes, hopefully, we get to see a good translation of his impressive numbers from the recent past which will bode well for his as well as England’s chances of Cricket World Cup glory on their home soil- a feat which has only been achieved twice in the World Cup history by India (2011) and Australia (2015). 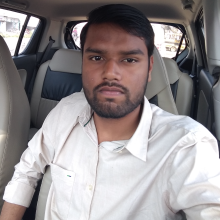