Eoin Morgan: The No. 4 Who Flies Under The Radar

When we talk about Eoin Morgan, his mostly discussed attributes are his inspirational leadership, the way he carries himself as a sportsman on and off the field and most importantly, the way in which he has transformed this England limited-overs side into world beaters during his tenure as the captain. However, what we seldom talk about are his abilities and contributions as a batsman.

In fact, England are blessed to have someone like Morgan batting at No. 4 for them. It has hardly been noticed but he has been one of the best No. 4 batsmen in the last few years. Since the Cricket World Cup in 2015, Morgan has scored the second most number of runs among batsmen batting at No. 4. Only New Zealand’s Ross Taylor (2,892) has scored more runs than Morgan’s tally of 2,558.

Moreover, his average of 52.20 is the third best among batsmen who have played at least 20 innings at No. 4 during this period. Couple that with a strike-rate of 97.63, which is again the second best under the same conditions, and we get a batsman who gives explosiveness in return along with his consistency. His total of 24 scores of fifty or more is almost equal to Taylor’s tally of 25 such scores and it sums up his ability to the play the long innings once again.

His average increases further to 55.80 and strike-rate to 99.80 if we consider the period since the Champions Trophy of 2017. In fact, Morgan’s strike-rate is the highest among No. 4 batsmen who have played at least 10 innings during this period. The next best is Taylor’s 89.53 and that sums up the difference in class between Morgan’s rate of scoring and others. It is going to be a vital factor when other teams take on England during the Cricket World Cup next month. It will be pretty hard for any other No.4 to match Morgan’s rate of scoring during the middle-overs and that will turn out to be a key factor influencing the outcome of the matches.

Despite such terrific numbers, the 32-year old is hardly considered as one of the best batsmen in the world at present. In fact, he hardly gets noticed as he is in a team that consists of modern-day batting beasts like Jos Buttler, Jonny Bairstow and Jason Roy. Their aggressive and fiery persona is in stark contrast to Morgan’s calm and composed demeanor. However, the results produced by them are no different. It’s just that their methods are different.

While Bairstow, Buttler and Roy destroy teams by bludgeoning the bowling attacks to all parts of the ground, Morgan is someone who gets the job done at the same speed but in a composed, measured and a quiet manner.  While they go on a rampage causing an absolute carnage, Morgan’s method of destruction is calculated.

The most recent example of such an instance was seen in England’s second ODI against Pakistan at Southampton. Buttler, Bairstow and Roy played fabulous knocks of 110*, 51 and 87 with boundary runs percentages of 70.9, 47.05 and 48.27 respectively. The trio was once again seen at their destructive best but Morgan also played an equally good knock of 71* off just 48 deliveries.

If we look at the amount of runs scored and balls consumed, Morgan’s knock was almost equally destructive and effective as that of Buttler who took deliveries to reach his score of 110. However, it didn’t appear so due to a lesser boundary runs percentage of 42.25 as compared to the other three. So, the base of Morgan’s innings was formed by strike-rotation and lesser dot-ball percentage, a completely different method of aggression but equally destructive as that of the Bairstows and Buttlers.

The 32-year old has led from the front with his performances ever since he took charge of this team. While most teams are still struggling to find their best No. 4 batsman despite the 2019 Cricket World Cup knocking on the door, England should feel lucky to have Morgan manning such a crucial position in their batting department. 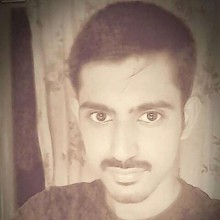