Manchester United, like any of the big teams in Europe, will be looking to have a big transfer window this summer.

After embarrassingly missing out of the top four and the Champions League for next season, the club need to make a make huge and urgent statement.

The perfect player to bring in that could make an instant impact is Kalidou Koulibaly of Napoli, someone who is arguably seen as the best centre-back in Serie A as well as one of the best in his position across Europe.

With the club going through a transition period in what will be Ole Gunnar Solskjaer’s first full managerial season at United, the board and Ed Woodward have to get everything right by backing the 45-year-old Norwegian international on and off the pitch. It may sound really straightforward, but the main people in charge have failed to do this for both Jose Mourinho and Louis Van Gaal.

For sure, the football club have spent a lot of money since the retirement of Sir Alex Ferguson, but most of the time the lack of planning and smart scouting has led them to buying for double they’re worth. Due to this ongoing imperfection, it prevents the team from buying with full freedom as they end up signing three to four players per summer.

Now, focusing back onto Koulibaly, he is the type of player that is blessed with a number of strengths and has hardly any weaknesses – having the ability to guide and organise the backline to being really composed and effective on and off the ball. Also, his physical strength and aerial ability allows him to be dominant at attacking and defending set-pieces, making him the total package.

On top of that, he has proven himself to the Italian football experts and the rest of Europe’s football enthusiast over the last few years, which has led him to being linked with the big clubs such as Chelsea, Real Madrid and league rivals Juventus. He may not have the individual honours to show off his actual class, but out of all respect, Napoli are not the team you’d expect to win trophies regularly.

Looking at United’s defence, he’s obviously going to be a massive upgrade on players like Chris Smalling, Marcos Rojo and Phil Jones, defenders that have made a lot of appearances despite simply not being good enough. Because of these below-par options available within the backline, it is why the side have failed to finish inside the top four this season.

Both Eric Bailly and Victor Lindelof have shown some good run of form here and there since joining the club, however, the former’s injury issues have not been helpful and nor has his relapse in concentration, whilst the latter is yet to show the aggressive and hostile side of his game, something that he will surely need work on to match the out of control and physical Premier League strikers.

After embarrassingly conceding 54 league goals throughout the 2018-19 season, more than the mid-table sides such as Everton, Leicester City and Newcastle United, it’s no surprise that the defence is the main area of weakness and it is something that needs addressing. Not only that, but the team only completed seven clean sheets all campaign, even with David De Gea between the goalposts.

If a deal is put into place, it could be seen as one that is similar to when Vincent Kompany joined Man City, when Gerard Pique returned to Barcelona, or when Jerome Boateng signed for Bayern Munich; three centre-backs who guided their team to their full potential and helped them to win a number of trophies. Koulibaly could enter this list of special players if he can go to replicate something alike.

Overall, United have been linked with the likes of Matthjis de Ligt, Raphael Varane and Toby Alderweireld over the last couple of weeks or so, but none of them have the supreme capability to command and organise the backline whilst leading as an example when compared to Kalidou Koulibaly. At the end of the day, the Senegalese’s arrival is what could awaken the sleeping giants. 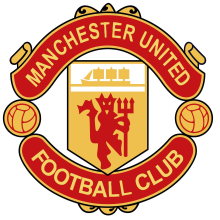