The most painful defeat of Joe Schmidt’s Ireland tenure so far came in the quarter-final of the last Rugby World Cup. A 20-43 mauling at the hands of Argentina exposed a number of issues with Ireland and Joe Schmidt has used every Test match since that game to rectify those issues, making decisions that put him under immense pressure from the Irish fans and media.

Fast forward three years and Schmidt has been vindicated in the most emphatic of fashion, with another historic year for Irish rugby capped off on Saturday night with just the nation’s second win over New Zealand in 115 years and their first ever victory over the All Blacks in Dublin. The 16-9 final score doesn’t reflect just how dominant the Irish display was. Joe Schmidt has rebuilt this Irish side from the last World Cup and now leads them as serious contenders for the World Cup next September.

If Schmidt has ever looked to for an excuse for Ireland’s quarter-final defeat to Argentina, it would be the injuries. Captain Paul O’Connell, Peter O’Mahony, Sean O’Brien, Jared Payne and Joseph Sexton were all out through injury or suspension for that match and Ireland’s shallow depth was ruthlessly exposed by the Pumas.

Heading to the Dublin clash against the All Blacks, Ireland had a similar shortage. Conor Murray, who was man of the match when Ireland defeated New Zealand in Chicago in 2016, has been out since the summer series in Australia, another hero from Soldier Field, Robbie Henshaw, watched this game from the stands. Sean O’Brien suffered a cruel injury last weekend against Argentina and his replacement, Dan Leavy, was also ruled out by injury hours before kickoff on Saturday.

Where Ireland were so short of in 2015, many fans would’ve left the Aviva yesterday wondering how the injured personnel will break back into the starting 15. Kieran Marmion was superb in the absence of Conor Murray and his late replacement, Luke McGrath was equally impressive, showing great composure from the ruck despite an onslaught of New Zealand pressure. Henshaw is undoubtedly one of the best players in his position, but one can’t say that Bundee Aki and Garry Ringrose are much of a drop off in quality from the Leinster 13. Josh Van der Flier was inspirational from the ruck, the list could go on and on.

This isn’t the first demonstration in depth from Ireland either, Devin Toner started on the bench for the Grand Slam decider in Twickenham earlier this year despite being the most capped player under Joe Schmidt. Iain Henderson started on the bench tonight, Dan Leavy played a decisive role in the Argentina win last weekend. Joe Schmidt has handed out 36 debuts in the 32 games since the World Cup and his reward will be having every manager’s favourite headache when it comes to who he will leave at home for next September’s showpiece.

Ireland’s wide defense were ran ragged in Wales three years ago, but they’ve shown massive improvements since 2016. Aside from the Lions last year, no Northern Hemisphere side had kept New Zealand tryless since France did it in 1995. Some laughed when former England defense coach, Andy Farrell, was announced as the newest member of the Irish coaching staff just before the 2016 Six Nations, however the Englishman has truly silenced his critics since taking over from Les Kiss as defense coach. A first win against South Africa in South Africa, two wins over New Zealand, a first series win in Australia in nearly four decades and a Grand Slam, all built on the vicious line speed that Farrell has brought to the Irish set-up.

In Dublin, the All Blacks gave the Irish defense a thorough probing and came up blank. Rob Kearney, a man Joe Schimdt was lambasted for sticking by after the last World Cup, continued his rich vein of form with a number of crucial interceptions to deny the All Blacks. Jacob Stockdale and Keith Earls held their ground well when the ball came out wide, though they were helped hugely by a tireless Peter O’Mahony. The Irish line speed and competitiveness in the ruck killed countless All Blacks attacks. The Irish pack drew seven penalties from the visitors in the first half, the same number Steve Hansen’s side had given away in the whole 80 minutes against England last weekend.

As good as they were out of possession, Ireland’s backs were equally flawless in it. It was another stunning kick and run from Jacob Stockdale that earned Ireland their first try of the match and the Ulster winger’s 12th try in 14 appearances, seven of those coming in a record-breaking Six Nations campaign and surely putting to bed any questions about Ireland’s willingness to attack wide. Rob Kearney was unlucky not to have a try of his own and Keith Earls looks like a man reborn over the last 18 months.

Perhaps the biggest feather in Joe Schmidt’s cap from this win will be the training tweak he made after the 2013 defeat to the All Blacks, where New Zealand snatched a 24-22 win through a Ryan Crotty try after the clock had gone red. To prevent Ireland losing a game in such heartbreaking fashion again, Schmidt added a new exercise to his training sessions. According to Kevin McLaughlin in a recent Off the Ball podcast episode, Joe Schmidt has ended each training session since that defeat with a three minute 15 v 15 session of sustained defense. Coincidentally, it took New Zealand three minutes from winning the ball to score that late try in 2013 and the training paid off on Saturday. Ireland saw out multiple phases of New Zealand pressure after the clock had turned red, firmly banishing the ghosts of 2013.

Outside of correcting so many of the mistakes of 2015, Schmidt has also maintained and improved the things Ireland have always been good at under the 53-year old. Ireland dominated the scrum and, until Devin Toner left the pitch, won ten straight lineout balls. There are still gaps in this Ireland squad, namely they could do with a better player from the lineout than Iain Henderson once Devin Toner has left the pitch. However, one cannot deny that Ireland are a much better team than the one that crashed out in the last World Cup in 2015 a harrowing thought considering how fancied that Irish side was to win the World Cup three years ago. It’s a testament to the hard work, adaptability, and dedication of Joe Schmidt and his backroom staff that Ireland have been able to recover from humiliation in 2015, to head into 2019 as firm challengers for New Zealand’s crown. 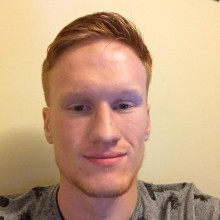