Jury Still Out on Gerrard Despite Rangers’ League-Topping Start

Managers are often chosen on the same basis as romantic partners – an overly extreme reaction to the perceived failings of their predecessor.

So it was when Pedro Caixinha, a boisterous and touch Portuguese coach, was picked to replace the soft-spoken Englishman Mark Warburton. Warburton never fitted in at Rangers – he quite clearly failed to comprehend the notion of two consecutive draws getting wall-to-wall coverage as a crisis, and as fans would say, never ‘got it.’ Caixinha had the opposite problem – he got it too much. In one of his first games, he reacted to going down by one goal by replacing three defenders with two midfielders and a striker at halftime.

Neither approach quite worked out, but Rangers fans everywhere were intrigued to see which direction the Chairman, Dave King, would turn. Caixinha was perceived to have failed due to his lack of experience in Scotland, and his temporary replacement, youth coach Graeme Murty, had a near breakdown during his tenure – would somebody with that track record then be approached? That seemed the most likely option.

And then Steven Gerrard was announced. Evidently, King and the fans’ ideas of previous managerial failings were not in line. Instead, the theory was that previous managers had failed to command the respect of the dressing room – Gerrard, by contrast, wouldn’t fail in that regard. King defended the appointment in part by simply stating that the managers that were available were available for a reason – they were failures. When your CV is blank, at least you don’t have anything to answer for.

It seemed bonkers, but as coaches and backroom staff began to be appointed, it made more sense. Gerrard was being backed up by some of the most talented coaches and scouts in the UK, and seemed the perfect man to front the whole operation. By the low standards of Scottish football, an extravagant spending spree followed, mostly organised by the Director of Football, Mark Allen.

And it really looked like it was the perfect plan. Rangers looked dangerous and solid in a way they never had done since liquidation, negotiating the Europa League qualifiers with relative ease and making a solid if unspectacular start to the league, with some ludicrous refereeing decisions helping to deflect any potential criticism. There was a slight wobble as the months passed, but as December turns, Rangers currently sit atop of the SPL (having played one more game than Celtic) and have one game to qualify for the Europa League knockout stages – a state of affairs that would have been labelled an unqualified success before the season began.

In light of how it was achieved – by Celtic having had a horrendous start to the season – it’s not been as lauded by the fans as it might have been. But Rangers fans are by far the toughest crowd in Britain – anybody who thought this was a nice easy job for Gerrard to start was delusional. Does your team regularly win trophies and league titles? Good for you. Have your fans ever booed your team off at half-time when you’re winning? Do you demand success when operating on a fraction of the budget of your rivals? This is the reality Gerrard willingly signed up for – for that at least, he had to have a brass set.

Perhaps the most notable qualities of Gerrard as a manager have also been those that have revealed his inexperience. He’s shown honesty on the verge of brutality in his post-match press conferences, which almost any fan would find refreshing, but it’s regularly gone to the point of castigating his own players after mistakes. His approach to game management is certainly not an autopilot affair – but when he regularly drops defenders after single mistakes and frequently waits until the 80th minute to make his first substitution, even when behind, questions are asked.

Yet unlike half of his playing career, Gerrard is no one-man team at Ibrox. He certainly has to be thankful to his scouting team, as his summer signings have been astonishingly successful. The only real failure was a third-choice striker on loan – the rest have been fine to outstanding. Compared to Rangers’ last two catastrophic transfer windows, it represents progress for the club simply to not need to sign twelve players in the summer. In fact, their last summer was such a disaster that the only reason it didn’t set the club back a number of years was the unearthing of Alfredo Morelos at £1m – the best player in the league, who will fetch many, many times that sum when the time comes.

The December ahead will very likely decide the fate of Gerrard’s first season at Rangers, a gruelling slog of tough games in the most high-pressure environment that exists in football. But if he fails that test, it won’t determine either his managerial career or his Rangers tenure. Gerrard and his team have already done enough to give encouragement for another season. If he keeps par or slightly worse, he’ll have achieved what he set out to do. If he surpasses it, he’ll have worked miracles. But his first objective – the establishment of a platform for Rangers to return to their former glories – has already been achieved. We can already start to look at how he intends to use it. 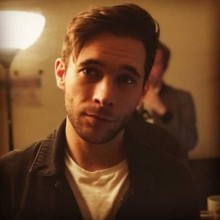 Callum Hamilton is a Scottish football writer of seven years who has lived and worked in London, Madrid and Paris, working for a variety of major outlets. He currently stays in Glasgow.

View all posts by Callum Hamilton