In 2007, five years after their promotion to the Conference Premier, Gravesend & Northfleet F.C. were about to undergo rapid change.

Less than a year after they ditched their old name to become Ebbsfleet United, the Kent-based club attracted the attention of MyFootballClub, an online society that wished to purchase the club through funds raised by its members; everyday football fans.

MyFootballClub and its slogan ‘Own the club, pick the team’, aimed to draw in at least 50,000 members before aiming to take over a football club, which founder Will Brooks believed would most likely be a League Two or Conference level club.

This goal was reached in July 2007, and by November that year, MyFootballClub had agreed a deal in principle to buy Ebbsfleet United. Two months later details of the purchase were released in order for its members to vote on before the deal was completed, with an overwhelming 95.89% in favour of a £635,000 takeover with a controlling stake in the club.

Besides EA Sports investment in the company, the majority of the money was generated through the £35 membership fees that each of the 32,000 people who wanted a stake in the club paid. This fee provided MyFootballClub with the funding to complete the takeover, as well as guaranteeing members a say in the running of Ebbsfleet Town via an online voting system where issues such as transfer approvals, manager appointments and backroom staff recruitment would be decided.

The initial months of the Ebbsfleet United Experiment were very promising. Fans decided on keeping Liam Daish (who was publicly in favour of the takeover) as head coach as well as voting against having a say in the team selection, leaving Daish with more freedom.

By July 2008, Ebbsfleet Town fans had seen their side go to Wembley and win their first ever FA Trophy in a 1-0 win over Torquay and two months later The Reds reclaimed the Kent Senior Cup for the first time since 2002. On top of the silverware, Ebbsfleet managed a healthy top half finish in the Conference and looked set to push on and reap the rewards of their new ownership.

However, the inexperienced foundations that appeared to be propelling Ebbsfleet towards something big were struggling under the weight of the ownership and were showing signs of crumbling.

The membership fees, tournament winnings and the funds from selling star players looked to have carried the club towards financially sound land, but the reality was different. Creditors from the previous regime still had to be paid off and replacing their star players was a harder task than MyFootballClub members had expected. Just one year after their impressive debut season under their new owners, Ebbsfleet found themselves relegated and trophyless.

Despite promotion back to England’s fifth tier at their first attempt, the interest in MyFootballClub had declined rapidly with many of its members deciding against renewing their membership and founder Will Brooks stepping down from the project.

Following the mass exodus of its board members, Ebbsfleet United were left on the ropes. MyFootballClub were desperately trying to replace its members, bringing in fans with no experience of running any sort of football club. Head coach Daish was left frustrated by the inconsistency of those above him, as it was making his role increasingly difficult.

Daish stuck by the club, however (his loyalty is just one of the reasons why he now has a stand named after him), and by the 2012/13 season the membership numbers of the Fleet’s unorthodox owners were dwindling at just 1,300.

The financial hit that the club had taken meant that their team, in a league of professionals, was now largely made up of academy players and non-league journeymen. The remaining members prioritised keeping the club in business, which is something they managed to accomplish despite their inevitable relegation back to the Conference South where MyFootballClub (who now continue their affiliation with Non-League clubs through Slough Town) decided to sell.

Things have stabilised under their new Kuwaiti ownership, KEH Sports Ltd, with the club eventually achieving promotion the National League in 2017. They now seem to be on course for a top half National League finish, having put the tribulations of the utopian, dream-like ownership behind them.

Ebbsfleet United had what seemed like the perfect scenario; A democratic committee of passionate football fans leading the club to glory at one of the most iconic stadiums in the world, but their dreams very nearly turned into nightmares. For some, fan-ownership in England is seen as a great way to revive a dying club, but has the MyFootballClub/Ebbsfleet United story put a stop to it ever being perceived as anything more? 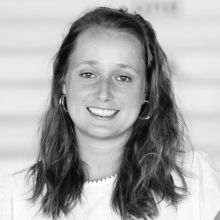