In 2017, when La La Land was awarded the Oscar for Best Picture before Moonlight was announced as the actual winner, it felt like the nadir for an institution that has been around since 1927, a catastrophe of unthinkable proportions. One would think that the Academy might not attempt anything too controversial so soon after such an incident but this year’s ceremony has already ruffled feathers before it has even taken place.

Kevin Hart was initially announced as the host in December but ended up stepping down after a series of homophobic tweets from 2010 were unearthed. The show will now have no host and the assumption was that this might mean a more streamlined affair rather than the bloated behemoth of recent years. Despite this, the decision was made to hand out four Oscars during the commercial break and have edited speeches from the winners of best cinematography, editing, hair and makeup and live action short played later in the ceremony. Many pointed out that cinematography and editing are at the heart of what cinema is and more than 40 directors and cinematographers signed an open letter urging the Academy to reconsider. The Academy has now changed its mind.

This was not the first backtrack relating to this year’s ceremony. There were plans to introduce a new ‘popular film’ category but a backlash ensured such a thing did not come to pass. Instead, we have been presented with the most uninspiring collection of Best Picture nominees in living memory, perhaps in an attempt to slip the ‘popular film’ idea through under the radar. While not without their merits, Bohemian Rhapsody and Black Panther do not feel like the kind of films that would usually warrant a mention, the former especially was regarded critically as something of a mess but with an excellent performance at its core. Roma is the favourite but it is possible that the Academy will be reluctant to award the top prize to a Netflix release, thereby implicitly suggesting the cinema is not sacrosanct. The absence of If Beale Street Could Talk is nothing short of baffling and suggests Barry Jenkins is being punished for Moonlight pipping La La Land at the post two years ago.

Perhaps the most intriguing category is Best Actress. Glenn Close is hotly tipped for her turn in The Wife but Peep Show favourite and local hero Olivia Colman might just have the last laugh for her stunning performance in The Favourite, the kind of film that is anything but traditional Oscar fare. Best Actor is another underwhelming category with Rami Malek the favourite for his portrayal of Freddie Mercury in Bohemian Rhapsody, a film shrouded in controversy due to the involvement of Bryan Singer. The Academy may feel an acting gong would be the way to honour the biopic without endorsing the disgraced director, a man replaced during filming. As has become something of a cliché, playing a historical figure is the way to awards glory and if Malek doesn’t bring home the Oscar then it’ll likely be Christian Bale for his performance as Dick Cheney in Vice.

Alfonso Cuaron picked up the Best Director gong for his last picture, 2013’s Gravity and seems set to repeat the trick at this year’s ceremony. The brilliant Mahershala Ali, who seemingly can do no wrong, is almost certain to win the Best Supporting Actor category while Regina King deserves to be named Best Supporting Actress and ensure If Beale Street Could Talk doesn’t go home empty-handed.

There is a real sense that this year’s Oscars will not be dominated by one film and we are in for some surprises, just as we were when the nominations were announced. The screenplay categories are especially tough to call but Bo Burnham can feel justly aggrieved not to have been nominated for his work on Eighth Grade. A Star Is Born is seen as something of an outsider and yet it would be a more worthy winner than a certain Queen biopic, what a pity that playing an actual historical figure still impresses voters more than pure fiction regardless of the respective quality of the performances. May the best films win and, failing that, may the right films at least be announced this year. 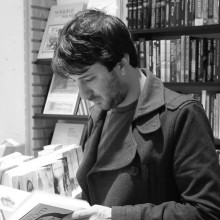 View all posts by Darren Richman