The Best Players In ODIs Since The 2015 Cricket World Cup

It is four years since the last ODI Cricket World Cup but the 2015 event remains a memorable one for the year marked the highest run rates in ODI cricket.

2019 has a run rate of 5.49 in ODIs, which is still 0.01 less than what was possible in 2015. This might be eclipsed still by the end of this year which includes a World Cup in England where batting has never been easier.

As we are on the cusp of another World Cup extravaganza, here is a glance at the best players in ODI cricket since the last event and how crucial they are for their team’s chances in this year’s tournament.

The irresistible Indian skipper has amassed a whopping 4,306 runs in ODIs since the last World Cup at an average of 78.29 and a strike rate of 98.33 with 19 tons. Not only has Kohli made runs on a consistent basis, but they have also come at an incredibly good strike rate making him the best batsman heading into the tournament by a large distance. It wouldn’t be a stretch to state that India’s chances hinge on him as well as the next man in this list.

If Kohli has been bullish, Rohit has been a dutiful deputy. He has 15 hundreds in the format since the last Cricket World Cup and has racked up 3,790 runs at an average of 61.12. His opening partnerships with Shikhar Dhawan and his overall form could well dictate India’s batting in this tournament.

England are stacked with big hitting batsmen from top to bottom, but lending some much needed balance to the outfit is Joe Root, who has a mountain of runs at a strike rate comparable to that of the rest of the World. He has been incredibly consistent too, and has the most runs by an England batsman since the 2015 event – 3,498 runs at 58.3.

If Root’s middle-order contributions are underrated, Morgan’s is even more. The England skipper is rarely spoken about in the same wavelength as a Jos Buttler or a Jason Roy, but has 3,039 runs at an average of 46.75 with five tons and 23 half-centuries in the time frame under discussion. Alongside Root, he forms an unstoppable pair and the duo are the best in the business in middle-order partnerships since the last World Cup.

The South African opener is a key figure in their plans for the Cricket World Cup. Post AB de Villiers retirement, the responsibility on De Kock has grown and with Hashim Amla in the midst of a rough patch, the keeper batsman will be banked upon for quick and consistent runs at the top. He has 2,971 runs at an average of 50.35 and a strike rate above 100 in the last four years.

England’s bowlers have coped some criticism of late given that they have leaked runs in aplenty although the batting has ensured they don’t lose much. The leg-spinner Adil Rashid will be a key figure for England given the frequency at which he takes wickets. A strike rate of 31.7 and 129 wickets since the last Cricket World Cup make him the most successful bowler in the format in the time frame.

125 wickets at an average of 15.08 and an economy of 3.91 make Rashid Khan a terrifying ODI bowler. While the numbers are a bit skewed given that some of them have come against Associate Nations, the leg-spinner remains a potent threat at the World Cup. He will shoulder much of Afghanistan’s hopes at the World Cup.

The left-arm Kiwis seamer has been superb in this format of the game with his ability to strike with the new ball as well as in the death overs. He will love the English conditions and the Dukes ball and should give the oppositiy openers a hard time if conditions suit him. Boult has 107 wickets since the last World Cup, the only fast bowler aside from Kagiso Rabada to have more than 100 wickets in the format in the time frame under discussion.

Nursing a slight niggle in the latter half of the IPL, where he grabbed 25 wickets (the second most by any bowler), Kagiso Rabada’s fitness is crucial to South Africa’s chances this year at the World Cup. The brilliant seamer is their most successful bowler in recent times and has 106 wickets in the format at an average of 26.43 and an economy of 4.98.

If Rabada has been good, Tahir has been equally effective. South Africa were woefully short in the spin department until Tahir arrived on the scene. The leg-spinner from Pakistan has made South Africa’s bowling attack complete and this is reflected from his consistent returns in World cricket since his debut. Since the last World Cup, Tahir is the fifth highest wicket-taker with 92 wickets in 60 matches at an average of 27.03 and an economy of 4.8. 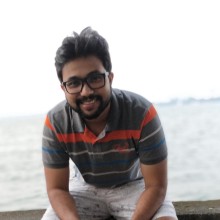