With just over a week to go for the 2019 Cricket World Cup, teams have started their preparations in full swing.

Sides like Afghanistan, Sri Lanka, Bangladesh, West Indies, Pakistan and England are battling it out on the field to gain some much-needed momentum before the extravaganza; the Indian team is enjoying a few days off after a grueling IPL, and yet others have been readying themselves with vigorous practice camps. The key players in each squad have been shortlisted, with rivals chalking out exorbitant plans to control the other.

Though experience is of paramount importance, there will be a number of young guns who will be eager to shine and make a mark with their flair. After looking at players from Afghanistan, Australia, Bangladesh, England and India who could be the X-factor in Part I, we delve into the debutants from the remaining 5 countries who will have a huge role to play in the progress of their respective teams.

Nicholls was selected in the New Zealand ODI team in late 2015 but was unable to impress straightaway, scoring only two fifties till December 2016. However, then coach of the team Mike Hesson invested in the player, and since then Nicholls has been on a roll. After averaging 67 in 2017, the player was caught in a rut last year but has managed to show his worth in 2019, scoring 386 runs in 11 innings with the help of one hundred and two fifties. After a successful season for Canterbury while opening the innings this year, the player was asked to open for the national side as well. In 4 innings at the top, Nicholls has managed one fifty, and in England, where the tracks will be flat and placid, he can be expected to hand his team aggressive starts.

The ability to dispatch bowlers to the boundary with relative ease and to walk out onto the field in tough situations and repeatedly score runs has meant that Babar Azam will be Pakistan’s trump card in this edition. 2,739 runs in 62 innings at an average of 51.67 with the help of nine hundreds and 12 fifties are the hallmarks of a batter with huge skills, and he will be eager to prove his mettle in conditions that will be conducive to his batting style. Expected to bat at number 3 in the tournament, Azam will have the role of anchoring the innings and creating a platform where the lower-order can flourish.

Consistently bowling at more than 145 kilometres an hour with an uncomplicated action has allowed Ngidi to stand up and get noticed in a cricket culture that is not short on quality fast bowlers. Bowling at an average of 21.64 in ODIs to pick up 34 wickets in 18 games, Ngidi’s unerring line and length has troubled many experienced campaigners. He will be opening the bowling for his team in the upcoming World Cup, and his partnership with Kagiso Rabada – yet another player playing his first World Cup – will go a long way in determining South Africa’s chances in England. Though Ngidi is prone to injury, and was most recently ruled out of the IPL , he is expected to be fit for the Cricket World Cup and if he can regain full fitness he will be a real threat on the seaming conditions in United Kingdom.

Mendis was one of the stars for Sri Lanka when the side stunned India in the Champions Trophy in 2017. Chasing a stiff target of 322 runs, Mendis’ 89 set the platform for a memorable win. With a wide array of shots round the park in his armoury and with an envious straight drive, Mendis is one of the key players in the batting attack. Batting at number 4, he will have the responsibility of tackling the seam bowlers upfront in case of early loss of wickets or lay the foundation for a big score. In 60 innings, the player from Moratuwa has scored 1,626 runs with one hundred and four fifties at an average of just less than 30.

In addition to donning the gloves, Hope is also a core member of West Indies’ batting unit. He will be high on confidence after a stellar tri-series earlier this year that also featured Bangladesh and Ireland, where he scored 170, 109, 30 87 and 74 in five innings. With an effortless pull shot, Hope bats with an elegant flair. Be it in his drives through the offside or his cuts, his class is hard to overlook. In 54 games, he has scored 2247 runs at an average of 51.06 with six hundreds, which give a glimpse of the talent that he possesses. He is mostly likely going to open the batting alongside Chris Gayle, and if the duo can play their natural game, on grounds with small boundaries, it will be hard to control them. 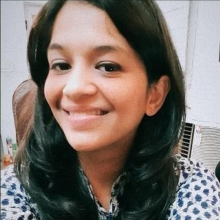