The X Factor Plods On Despite Dwindling Viewing Figures

It’s Sunday night, ladies and gents, and as all us reality TV heads know, it’s the best night of the week! It’s X Factor results night! So just before I plonk myself in front of the TV and tuck into a Chinese, let me run you through all the shenanigans of week five so far.

Now well into its 15th series, X Factor, which has been going for two-thirds of my total existence, is still plodding on despite being one of the most controversial shows on tv with an ever-changing panel of judges.

And to be honest, it truly is a surprise the X Factor is still on our screens and will be till at least 2020, especially as last weekend the show struggled to draw in more than 3.7 million people. I know this may seem like a lot but is a massive loss compared to the 5.7 million viewers received when the new series aired on the 1st of September. Simon Cowell believes the 16-34 year old audience range is going to save the day, but I think his age is making him slightly deluded.

As I said the show is known for its controversy so it was a huge shock last week when the 4th double elimination of the series said goodbye to early X Factor favourites Misunderstood and recently formed boyband Five Vibe who were put together by our not-so-wonderful panel of judges.

This leaves us with just eight acts. Simon Cowell still has three girls in the show: Scarlett Lee, Bella Penfold and Shan Ako. Louis Tomlinson also still has three of his boys too: Anthony Russell, Dalton Harris and Brendan Murray. Ayda Field just has Danny Tetley, while Robbie has Acacia and Aaliyah who were saved for a second time in a row last week after falling into the bottom two AGAIN.

Anyway, let us run you through how it went down last night:

It’ll be a tough call in tonight’s elimination, when Cheryl will also return to the stage to perform her new song about all of her relationships disasters that no one cares about, and the talented Tom Walker will also be performing to put her to shame.

Here are the bookmakers who offer the best X Factor odds 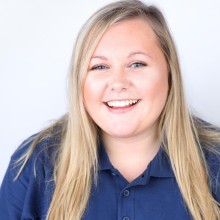 A lover of all things social this Nottingham girl has a heart full of football, and when she isn't playing in her own team you'll finding her supporting the Nottingham Forest Boys. Along with football she's usually jetting off all around the world in an aim to complete 30 countries before 30.

View all posts by Jaye Bonser