As the excitement builds, the anticipation kicks in and the standard is set, the England Roses have just two weeks to prove their dominance over the rest of the world. Golden coach Tracey Neville is due to step down as head coach at the end of the tournament, looking to go out with the World Championship Title to add to her illustrious collection of silverware.

Although Neville is stepping down from her England duties to focus on herself and starting a family, she said ‘This is not my last World Cup for the Roses’. Since Neville has been head coach she has helped England get World Cup bronze in 2015, and Gold in the Commonwealths, their success can be gifted to her knowledge and passion for the sport she has loved for so many years. The team are bound to want to push for Gold as a beautiful way to end her coaching reign.

England look to be in top form and peak physical condition ahead of the competition with a stunning and dominant win over Manchester Thunder, 75-38 earlier in the week. Showing they are real contenders for Gold does have its added pressures though, as Helen Housby can attest speaking to BBC Sport about the anxiety of potentially missing the ‘Big Shot’. At the Commonwealths, it came with confidence, nail biting for the crowd and with nerves of steel, she sunk the winning shot with three seconds left.

Now the pressure is on, on home turf and the country watching eagerly, she still suffers with her biggest anxiety while performing in the big moments. There has never been a bigger moment in an England Netballers career than now. The watershed moment of the Commonwealths inspired over 130,000 women throughout the UK to take up netball within the first six months following the Roses success Down Under.

The England girls are currently ranked as World Number Two, behind Australia, making them sure favourites to reach the final, and compete for the Championship title in a couple of weeks. The Roses can avoid meeting the Australians until the final, setting up the most anticipated netball match of the year.

The competition structure is heavy and demanding, the girls open their campaign on Friday against Uganda, before taking on Scotland and Samoa in the following two days. The Roses are the likely favourites to win the group in convincing fashion, pushing them through to the next round of five matches forming a new group after the initial ranking in the first three games.

Within this round, before the semi-finals England could face Jamaica, South Africa, Uganda, Trinidad and Tobago, Scotland, Fiji and Samoa. The toughest opponents to stand in the Roses way are South Africa and Jamaica, but if all goes to plan, the girls should appear in the semi-final, with likely opponents New Zealand.

With the home crowd behind them the girls hope to set up a rematch of the Commonwealths and mimic the same success, finally asserting the countries dominance in the sport. The girls will be hoping to be the second women’s sporting team to perform well in a World Championship after the England Lionesses stunning performance over in France. Tracey Neville will however, be hoping to get one up on his brother and make it to the final.

Phil Neville lead the Lionesses to a respectable and stunning fourth place finish at the Championship. Capturing the heart of the nation, and hitting record viewing figures, the World Cup drew in a record-breaking audience of 28.1 million viewers from across the BBC. With the Netball World Cup easily accessible across the BBC during the tournament, they can hope the nation will also tune in to follow their success.

The following fortnight will see England Captain Serena Guthrie lead the Roses into battle, and hopeful success. The latest news surrounding the World Cup is Australian Captain, Caitlan Bassett has suffered concussion while training with the team, but looks set to be on course and ready to compete in their opening match against Northern Ireland on Friday. The superstar shooter is being looked after and tested on a day to day basis, but the Australian team will prefer to have her fit and ready at the business end of the tournament.

For the full competition schedule you can head over to the dedicated World Cup website, and head to BBC Sport for live updates, scores and tables. You can also find full live coverage of the Netball World Cup action across the BBC on TV and online. 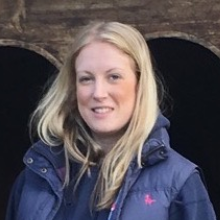