When Do Everton (And England) Need To Start Worrying About Pickford?

A month has passed since the death of England’s last truly outstanding medal-winning international goalkeeper. In the myriad of tributes that followed, one in particular stood out. Neville Southall, not a bad judge of such a position, found some simple but effective words on the qualities of the late Gordon Banks:

“He had a fantastic temperament for big games. Sometimes you see people shout and scream, but he wasn’t like that. He was calm and did his job with incredible efficiency. For me he was the perfect goalkeeper.”

Jordan Pickford certainly falls into the category of vocal. He would struggle to keep it together in a library. Calmness is yet to form fully in a character once described by former Black Cats team mate George Honeyman as a “nutter” who would struggle to control moods if he didn’t get his own way.

After making his way as a teenager against the skyscrapers and heavyweights of the lower divisions, Pickford has earned his stripes by working hard, being pushy and meeting and greeting every challenge with a mouthful of invective if needed.

“Playing for Darlington at 17 I learnt so much. You’re up against men, it’s a physical and mental test against big centre-halves needing to pay their mortgages,” Pickford told the Guardian last summer.

Never mind the mortgage. Pickford’s challenge on Salomon Rondon on Saturday could have brought a house down.

The Toffees custodian was very fortunate not to be sent off when he dragged the striker to the ground in the first half just as he was also lucky to escape censure after a kung fu lunge at Danny Ings in August. He made amends by saving Ritchie’s penalty (and didn’t he let St James’s know about it?)  only to dive over Rondon’s first goal and then spill Miguel Almiron’s shot into the path of Ayoze Perez for Newcastle’s equaliser.

Pickford is no shrinking violet on the pitch. However, his physical presence and renowned aggression have been severely compromised this season by poor decision-making.

It was his fourth error leading to a goal this season, more than any other player in the Premier League. Overall, Gareth Southgate’s number one has made seven errors leading to shots, including goals, which is two more than anyone else. Everything is frantic. Even simple shots get the full works.

The 25-year-old does seem to have picked up some dubious habits from the Joe Hart school of smiles and gestures which is distracting him from the job in hand of keeping the ball out of the net.

Alan Shearer called his weekend behaviour “bizarre” and suggested that he is getting too involved with side issues, namely a running battle with the Newcastle crowd that started with a tweet about relegation back in 2016.

When Everton beat Newcastle last April, the former Sunderland stopper posted a triumphant Instagram picture with words that might have come straight from the tribal heart: “No better feeling than keeping them quiet.”

A surplus of unused energy might actually be a real issue with someone who needs to feel involved as the Everton keeper. Dealing with dead time is one of the most important challenges that can affect decision-making. It’s one thing to let the red half of the city celebrate at your expense after flapping at a skewed shot in the 96th minute, but this follow-up against the enemy in the Tyne was infinitely worse, almost pantomime bad. Everton folded from a position of strength and it all starts from the back.

Marco Silva was even seen telling his charge to calm down during a routine 2-0 win over Bournemouth in January. The Portuguese has urged Picky to become more consistent, albeit with an empathetic approach to his meteoric rise, “Everything comes really fast to Jordan in his career in the last year and a half,” said Silva.

He is certainly playing as if it’s all an adrenalin rush. It’s not quite Lee Evans on stage but there’s an element of manic arms and legs that need disentanglement from the current muddled mind.

When Southgate names his squad on Wednesday for the European Championship qualifiers against the Czech Republic and Montenegro, Pickford’s position is not as secure as it could be. Post-Russia, there has been a quality drop that has seen basic errors of judgements, even in the crucial Nations League wins over Spain and Croatia.

The euphoria of that World Cup campaign was in a heady summer where he thrived against the big boys just as he did as a mouthy kid in the northeast. Pickford is still young enough and confident enough to make his mark on another international tournament and perform in a consistent way that Scott Carson and Paul Robinson, two more hopeful kids on the block, never quite managed to achieve.

However, as Shearer also said: “He’s not a kid anymore. There’s a time when you have to do the simple things right.”

Time to grow up, Jordan and maybe the outcome will see a calmer decision-maker which will speak louder than anything from the lungs. 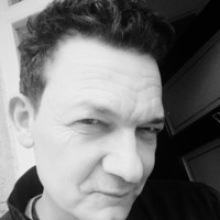 Tim decided to delve into freelance sports journalism after cutting short an unpromising university degree. He subsequently invaded FourFourtwo's offices in Teddington to ask for some work and then things took off with a VHS review of Leicester City's march to the League Cup in 1997. He writes for Cricket365, Caught Offside and wishes to write "19" next to Liverpool's league titles.

View all posts by Timothy Ellis